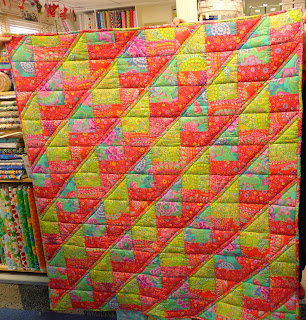 Angie
Stoke On Trent, Staffordshire Moorlands, United Kingdom
Basically, this blog is a diary with pictures. It follows patchwork and quilting projects made by myself in my Quilty Quarters, and those made by all the lovely people who come to classes and workshops. There will be quite a few snippets about daily life in my very own quilt shop too.