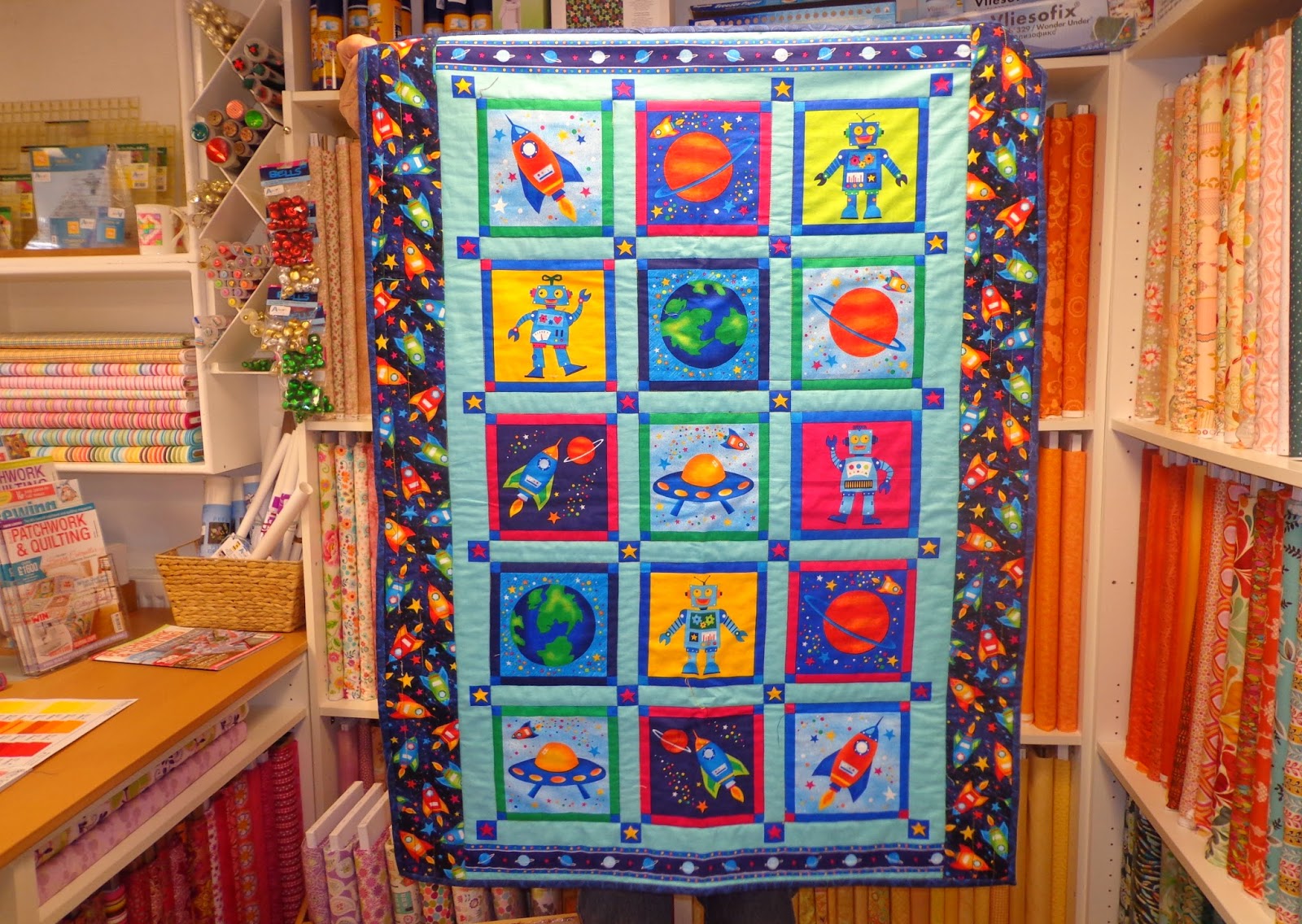 Let me tell you about Peggy.
She came to a beginner class not so long ago and found herself hooked.
She hasn't found it easy and I am hoping that she will inspire those of you who feel you are not getting the results you desire. It's tricky for Peggy to see where to cut but she perseveres, taking her time and double checking before slicing... there are little 'miss-cuts', but who doesn't do that? For Peggy's first few classes she struggled and struggled and found it quite impossible to sew a straight line. No matter how many pins we used, all seams were wonky... which was very frustrating, she was trying hard and so patiently... eventually, I tried to sew a straight line, Jenny tried too... but neither of us could sew a straight line either. On further examination we discovered that the Feed Dogs (They are the very important little teeth that pull the fabric along) on Peggy's machine were throwing the fabric out every now and again, like a twitch! Well, no wonder she couldn't sew a straight line eh... The sewing machine man was consulted, the price of sorting out the Feed Dogs, the tension and a few other little hic-cups would have cost more than the 'way too much money' Peggy had  paid to the "Friend" for the second hand machine in the first place... so she decided to purchase a lovely new sewing machine. A Janome TXL 607 Peggy was, and still is, very happy with her shiny new toy, but that's not to say that she wasn't a little afraid of it... it bleeps a lot and has buttons galore... compared to her useless one that is. She was determined to get the hang of it. There's no point in trying to learn everything a new machine can do the moment you get it... especially the computerized machines that do so much. We started with the basics... make a bobbin, thread the machine, make stitches... sew much straighter lines!!! Now Peggy knows how to lengthen the stitch for quilting, how to get the needle to stop up OR down. To use the thread cutter, the needle threader, the speed control, choosing fancy stitches... every week she learns something new... if she needs to. She's in no hurry. She's loving what she's doing. The quilt in the picture at the top there was made with one of our panels... you should see the straight, accurate lines Peggy sews. She's getting on so very well, determination pays off She's a very experienced 'un-picker' and she jokes about that, she wants her work to be "right" so un-pick she will. Everything can be learned slowly, just the bits you need are enough to start... then when you feel you are ready, learn something different, or learn something again because you forgot already!! ha ha... it is allowed... For Peggy's Kiddy quilt... I raise my polished trumpet and blow a huge toot toot toot fanfare for a fabulous finish... Keep at it Peggy, we can all eat an elephant, one bite at a time... This week Peggy sewed triangles!!!
Posted by Angie at 10:01 am

A big cheer to Peggy for being a tortoise and not a hare. People appear to be in such a hurry with their sewing these days - it seems to be see it, sew it, share it. Perhaps we should follow Peggy's example and enjoy some slow sewing.