I Think I'll Stick To Quilts! 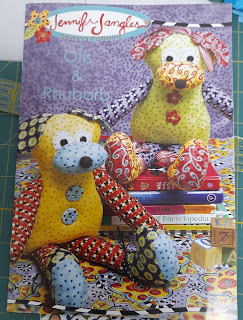 I've had this pattern for a while. I purchased several of the Jennifer Jangles patterns at the same time, remember the Turtles? That's how long I have been wanting to make this toy. I am not used to toy making! That's why it's taken me so long. As I STILL have plenty of the turquoise stash I decided to make a trial dog with it... before I move onto my 'good stuff'! 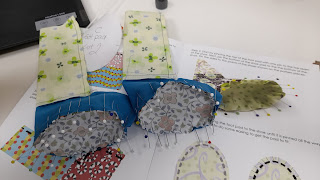 I got all the bits cut out easily enough. I followed the pattern very carefully. 2 thousand pins in each foot for the pad... that's tricky pinning! 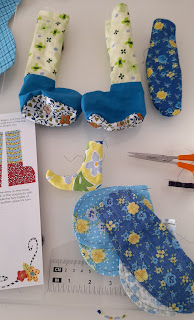 Lots of body parts all ready for stuffing...
not a job I enjoyed but had to be done! 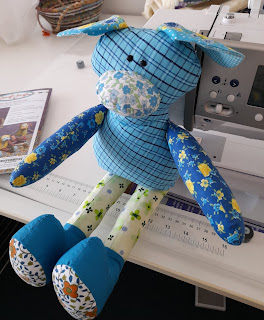 I forgot to take 'meanwhile photos' after all the stuffing... I didn't have the correct ingredients for the eyes so I improvised.  That snout was a blooming nightmare to do. I sent the picture to Lilly, she asked whether it was a pig, ha ha ha 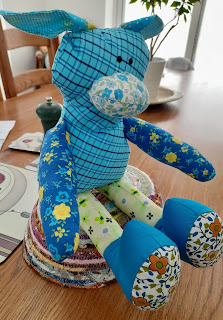 He/she doesn't sit up very well, no idea what's gong on in the neck department!
Legs and shoes are great though aren't they! 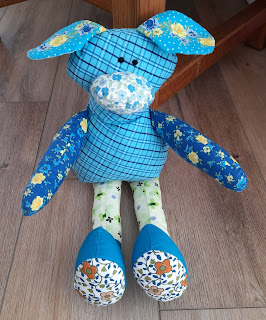 Lozzocking by a chair with the unruly ears, they are supposed to be stitched in place but I'd had enough by that point... 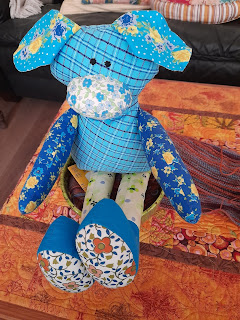 It didn't matter where I tried to take a picture, it's still turquoise, still lopsided, still doesn't sit up!!! But those legs and shoes are still fabulous! I'm not making another yet a while, I'm quite rubbish at toy making... all those hours, ha! I have a different plan for the turquoise uglies again now. there's a clue in the side bar of this blog... if you want one.
Posted by Angie at 6:37 pm